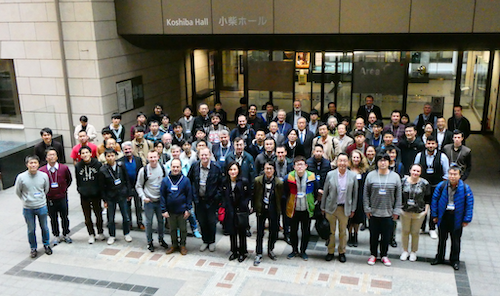 During the 3-day workshop, 105 registered participants from 15 countries discussed recent progress and development of photo-sensors including SiPM, APD, Hybrid-PMT, MCP-PMT and other new photo-sensors. Their applications to different fields such as particle physics, nuclear physics, cosmic-ray physics, astronomy and medical sciences and the instrumentations related to the photo-detectors were covered.

Your browser is out of date!

Update your browser to view this website correctly. Update my browser now